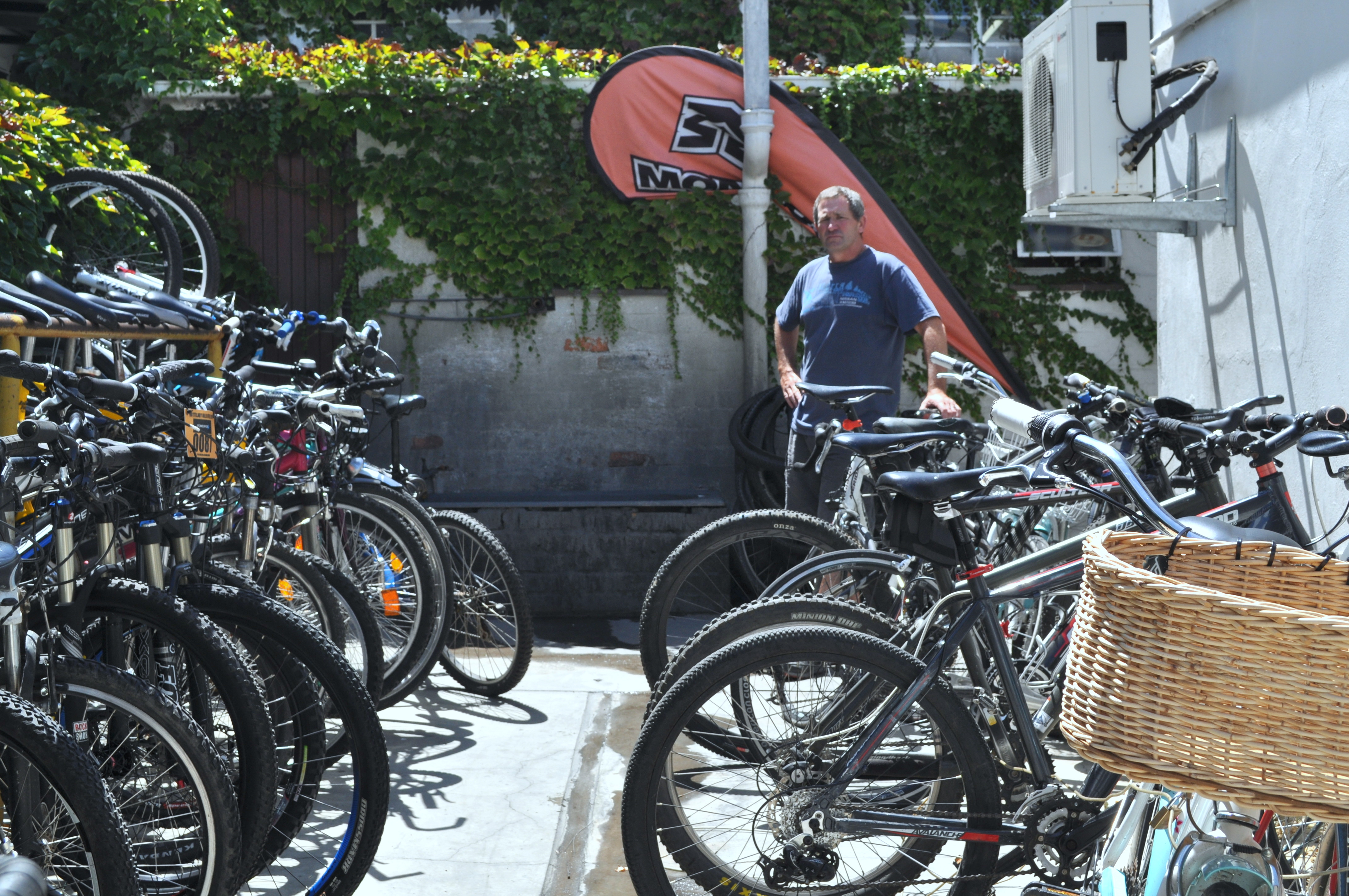 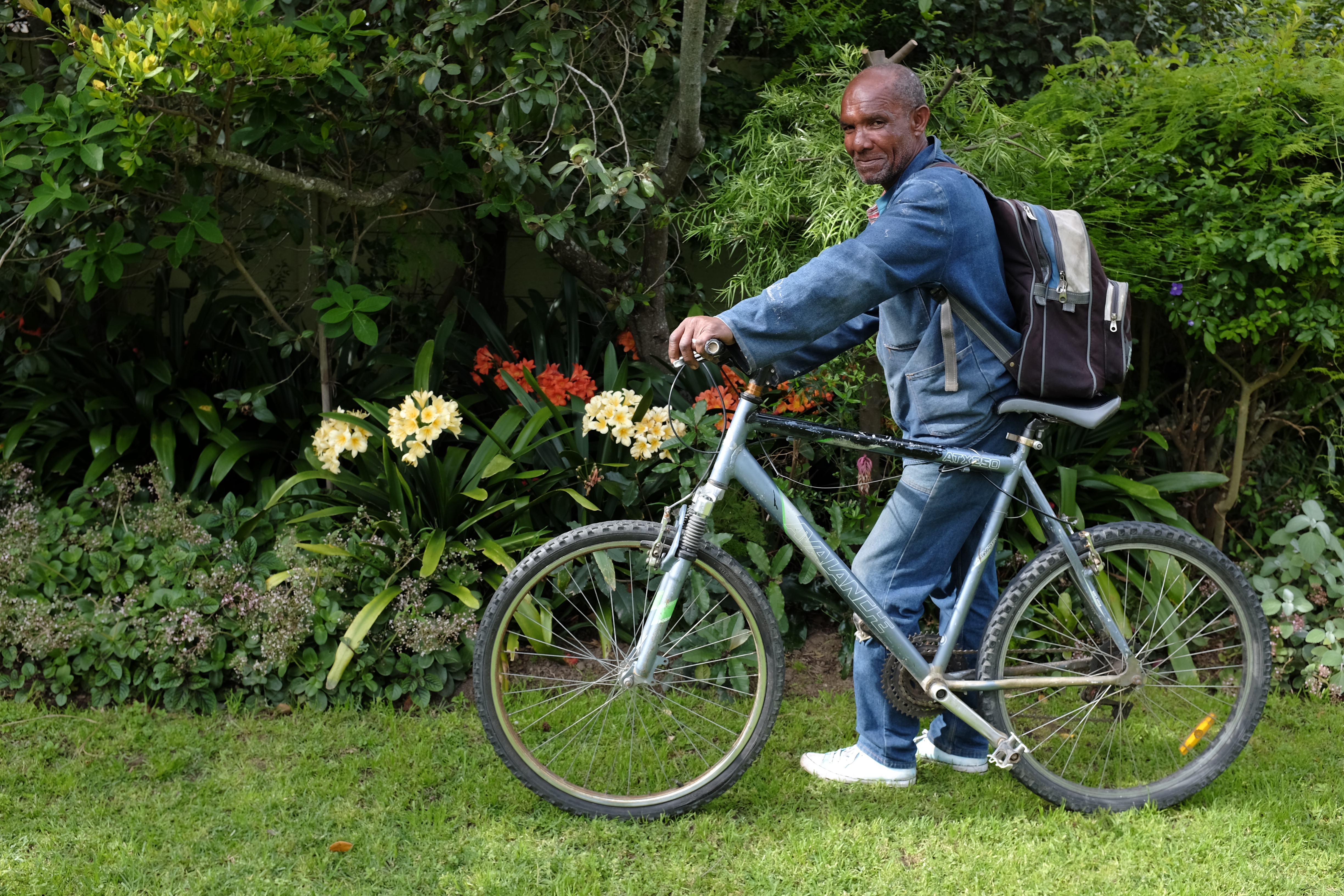 Stellenbosch Cycling promotes all forms of cycling in the greater Stellenbosch municipal area among all cultural groups.

The most important event of the year was the official registration of Stellenbosch Cycling NPC on 12 August 2015. It was no easy task, but we are on our way. We have a constitution, four active directors and we have held our inaugural meeting. We even have a bank account. Our activities are promoted on Facebook, Twitter and our blog.

What were the other highlights?

The concept for the Eerste River cycling map is completed after it was initiated at our first Bosfietsberaaad in December 2014. It was ready for discussion at Spier during this year’s Bosfietsberaad on 5 December.

We organised the town’s first-ever Bike to Work week from 12 to 16 October to coincide with National Transport month and quite a number of cyclists left their cars at home and cycled to work. We even had our own t-shirts printed for the occasion – future collectors’ items!

We organised several River fun rides in various directions and we would like to organise more of these rides to new destinations, such as the Platroete (flat route).

The fact that we held a successful second Bosfietsberaad, where we gave feedback about progress made, is already an achievement.

On Heritage Day, 24 September, we organised a Heritage ride from The Avenue to Jonkershoek and back as well as a farm fun ride for children at Spier.

We facilitated discussions among the various mountain bike stakeholder groups in order to secure better access to farms and nature areas.

We could also donate several bicycles to Rietenbosch Primary School and Prochorus for their cycling programmes for learners.

Arrangements were made to donate children’s bicycles to crèches in Vlottenburg, Raithby and Mooiberge.

The visit of Carlton Reid, well-known British columnist and author of Roads were not built for cars on the eve of Bike to Work week, and his talk at Ride In in Jonkershoek on 11 October was well attended. His comments and pictures about Stellenbosch on social media, especially his positive views about the new Merriman traffic circle and bike lane, gave us international exposure. It was also an honour for us to lend a bicycle to Carlton to enable him to explore, together with some of the directors and our supporters, some of the most scenic routes and trails in and around Stellenbosch.

Throughout the year we had regular contact with municipal councillors and officials and some of the directors could also attend the Municipal Transport Forum, we could give valuable inputs and share information about our activities.

As we go into the new year, we now have our own logo for t-shirts, stickers, business cards and letterheads. We want to thank our anonymous donor who approached a well-known local designer to assist us. Our Akkerdoppie has become a well-known logo in a very short time! We want to express our thanks to each and every one that contributed to the second Bosfietsberaad and supported us in various ways.

We have been active for only a short while, but believe that we will make even more progress in the year to come.

Thanks to everyone who has assisted us in making Stellenbosch a more cycle-friendly town. 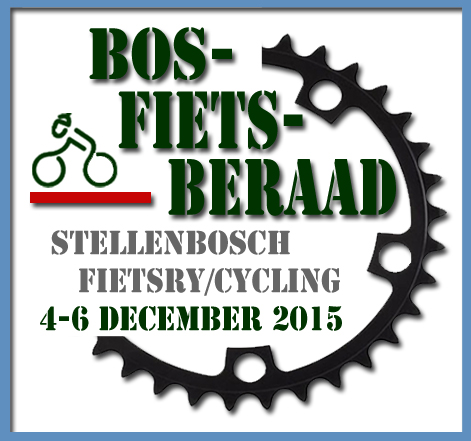 It is time again for our annual Bosfietsberaad.  Don’t miss out om this one! Subscribe now.

In addition to discussing various topical issues and share ideas on how to make our lovely town more bike-friendly, there will be ample time for fun rides to venues where we can socialise and make new cycling friends.

There may be a few changes to the programme, but please complete the entry form on: https://docs.google.com/forms/d/1pHV-zhQ2gpXBSRR9IslYEJsC5CHj8UpsuFnJWeFtMRY/viewform

Total cost is R150 per person, no matter how many functions you attend, and this includes the annual fee to be  Supporter of Stellenbosch Cycling, as well as a sticker with our Akkerdoppie logo.

Friday evening 4 December, 17:00.  Cycling in Stellenbosch, a  panel discussion at  Erfurthuis in Ryneveld Street (Opposite Sasol Museum of the University).

We depart from Erfurthuis at 09:00. At Spier our new Eerste River Routes maps will be launched by Limbik.  Enjoy lunch afterwards at the new Spier Werf Market.

We ride the Platroete, circling the town anti-clockwise, again departing from Erfurthuis at 17:00.

The panel discussion will focus on international projects and their successes (panel members include Andrew Wheeldon) in Stellenbosch and trends elsewhere. Discussion leader: Carinus Lemmer (Stellenbosch Cycling). The annual report of Stellenbosch Fietsry/Cycling NPC will be distributed to all attendees beforehand. Afterwards, dinner until late at the Blue Crane & Butterfly.

Departing from Erfurthuis in Ryneveld Street,  we ride to Kayamandi  along the Plankenbrug River for a BMX display at the club house.

Those who want to go on and explore one of Meurant Botha’s new trails, can join him and other Bostrappers, details to be announced. 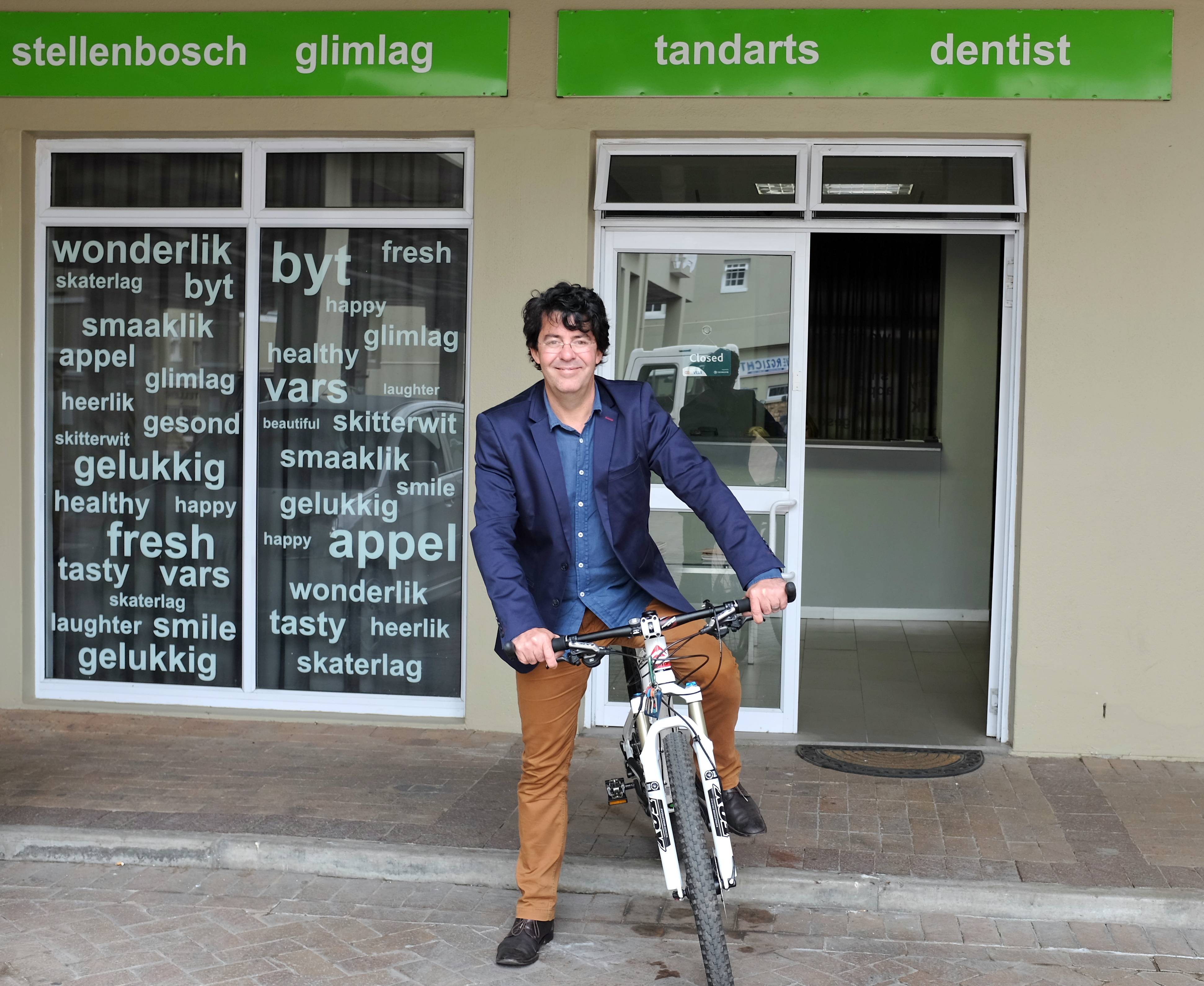 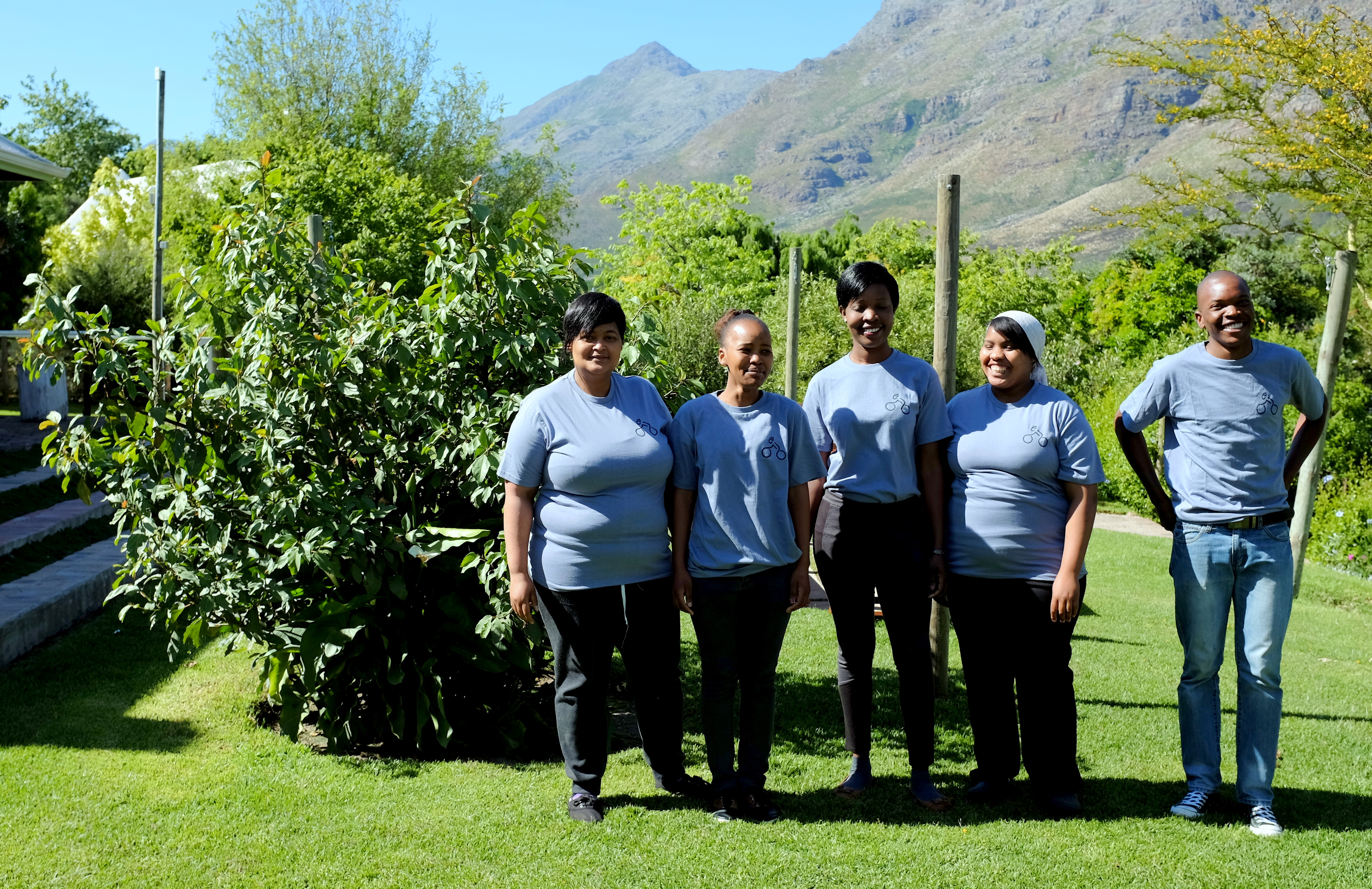 Ride In in Jonkershoek made sure their staff showed visitors that there is more to cycling than only mountain biking in the beautiful valley, by wearing their Bike to Work t-shirts to work on Friday. Thanks Gavin and team, also for allowing Carlton Reid to give a talk on Sunday at your place that kicked off  the town’s first-ever  #biketowork week. From left to right, Sandra Louw, Portia Fosakhe, SiBongile Gama, Lilian McKelly and Sibusiso Mzizi. 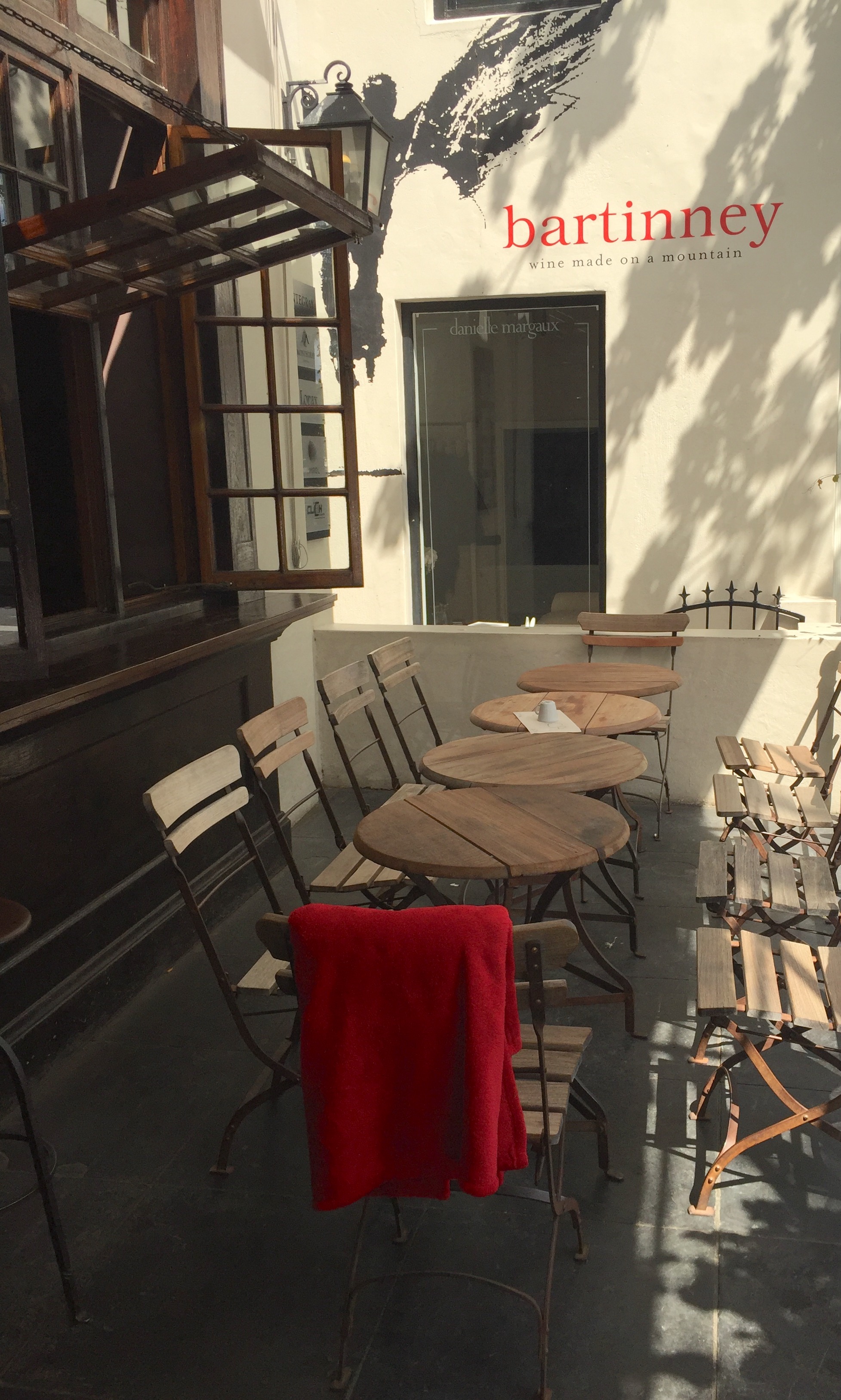 See you at Hazz first thing in the morning, but don’t forget to join us after work for the BTW rally at Bartinney Wine Bar from 1630 to tell us why you cycle to work, and share a picture!